Filament is ink for a 3D printer.

Filaments are available in different colors. Any desired color can be made by adding dyes during the production process. There is also a filament with an antibacterial / antimicrobial effect. During the production process of this filament, an antimicrobial agent was added in addition to a dye. Applications of this filament are, for example, objects that come into contact with food and medical applications such as a prosthesis or orthosis.

3D printing filament is the thermoplastic feedstock for fused deposition modeling 3D printers. There are many types of filament available with different properties, requiring different temperatures to print.

Filament is commonly available in the two standard diameters of 1.75 mm and 2.85 mm
2.85 mm filament is sometimes erronously referred to as "3 mm", but should not be confused with the less common filament size that actually measures 3 mm in diameter.

Filament size should not be confused with the nozzle size, and several different combinations of nozzle and filament sizes may be used. One of the most common nozzle sizes is 0.4 mm, while examples of other common sizes includes 0.35 mm and 0.25 mm. 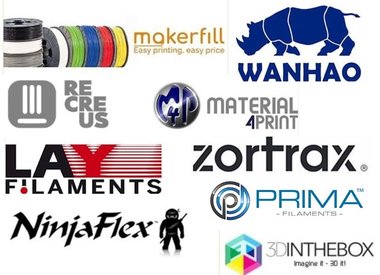 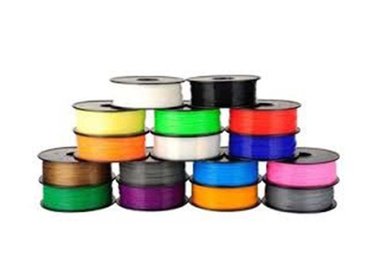